Caleb Busak is a talented, aspiring young photographer who was adopted from South Korea as an infant. Today he shares his adoption story, of growing up with a different ethnicity than his parents and his community. He shares his struggles with the concept of adoption, but also tells of his deep love and respect for his adoptive parents who have given him so much love and so many opportunities. We hope you enjoy his story, as well as the beautiful photos he has taken that are featured here.

Asking about my adoption experience is like is a hard question to answer. On one hand, by all logic and reasoning, I know it was for the best. I was given many opportunities that I wouldn’t have had. I was given the chance to find which activities I enjoyed as hobbies, passions, and things I never knew I’d love. I had two loving parents and an amazing brother, whom was also adopted. On the other hand, a part of me feels as though I missed out on a bit of my culture that I came from; all of this culminated into making me who I am today.

I had been with a foster family in South Korea until I was four months old, then I was adopted and moved to a small town in Minnesota called White Bear Lake. We were there until my parents decided to adopt a second child, Colin, also from South Korea. This lead to us needing a bigger home for me, my mom, dad, and my new little brother. My dad had been contracting out in Denver and we decided to move to an even smaller town in Colorado.

Growing up I definitely stood out. In Castle Rock, Colorado most of the population is white. This meant that while I was in elementary, middle, and high school I always had to deal with Asian stereotypes and jokes. At some point you kind of become numb to it, and I learned at a young age to have thick skin and to ignore it. Most people didn’t mean anything by it, friendly teasing for the most part. All the other Asian kids that I went to school were mostly second or third generation. This meant that they got a lot of their culture from their parents and grandparents. I was horribly “white washed” and I kind of had that feeling that I was too Asian for the white kids, and too white for the Asian kids. I think this created a lot of problems for me personally. I felt without a “place” in this world more or less. Another big issue that I had especially when I was younger was the massive idea known as adoption. It took me a long time to wrap my head around the fact that my biological parents hadn’t wanted me and were willing to give me up. As a young person that was probably one of the most challenging ideas to come to terms with. It lead to me acting out and making my parents lives entirely too difficult (don’t tell them I said that, my dad would be all too willing to agree).

That being said, all of the hardships I faced from pre-teen to teenager, and into my adulthood created who I am. It’s hard to see where you should be in high school. It’s so easy to get caught up in different cliques and groups. It’s so easy to become jaded or pompous. It’s difficult to look at things objectively and figure out where you should be or even what you want to be. I spent so much time worrying about where I did and didn’t fit in that I couldn’t see that I was trying to fit in way too hard. It took me a long time to realize how to be content with the people around me and even who I was. Maybe I didn’t have the culture that some of my other friends had, but I was uniquely my own, and I think there’s a lot of true beauty to that concept. Overcoming one hurdle at a time, I was left with the idea that if even my biological parents didn’t want me, then who would? Over time I have come to the conclusion that blood has nothing to do with who one’s family is. My parents chose to adopt me. They chose to adopt my brother. They have loved us every step of the way. Even when I make colossal mistakes my parents, for as long as I can remember, have always dealt with it with a “if this is the worst thing that happens today, then life isn’t that bad”. My point being that I was given a family that intentionally, and with great purpose, chose to adopt me and my brother. My parents gave me and my brother the most valuable thing that any human can give another. Their values, ideas, and beliefs. While we may not always agree on every little detail, they gave us the ability to critically think about how and why we believe in the things we do. They gave us work ethic, and showed us what was right and wrong. This is the cornerstone of who I am today, and I think that without that I would probably be horribly lost in this great big world.

As I mentioned earlier, I was given an amazing amount of opportunities and the work ethic to support whatever I wanted to pursue. For me I’m a current (fourth year) visual arts student with a heavy emphasis in photography, and I’m looking into potentially moving on to do a MFA program at the University of New Mexico. My brother is a senior in high school and planning on attending the same school as me focusing on business and music. Throughout my life we have been pushed to achieve as much as we possibly can. I started Taekwondo when I was about five or six. I got my second degree black belt when I was sixteen. I started music right around six or seven, and through the years I played in a symphonic band and jazz band playing saxophone. I picked up guitar right around age fourteen. I landed in photography on Christmas 2016. My parents bought me my first DSLR camera and I immediately knew that it was something that I wanted to pursue. About seven months later, I was sitting in a room with some of my best friends that I call family, and they convinced me to switch my major yet again to something new, and something risky. A visual arts major. When I brought the idea up to my parents I didn’t get the reaction that I expected. Prior to visual arts I was on track to go into law or criminal justice, and thus I was really expecting to get eye rolls and the lecture as to why photography should just be my hobby. Instead I was met with tremendous support from not only my mom and dad, but also all my friends. My point is that my parents have always pushed me to be the best at what I’m passionate about. Even when I had changed my major for the fifteenth time they still smiled and told me that they were proud of me. They gave me all the tools that I needed to succeed and be proud of what I was succeeding at. I think that this is another invaluable gift that I couldn’t be more grateful for. 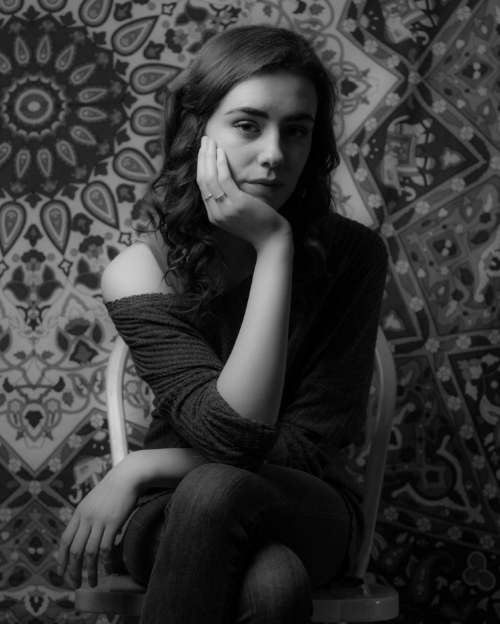 A few last words, not only for parents who are looking to potentially adopt, but also for kids who may be struggling that were adopted. Firstly, some days are going to look impossible. It will feel physically impossible to face the things that need to be dealt with. My advice is to take it one day at a time. Keep things in perspective, try to keep that “if this is the worst thing to happen today, then life is pretty great” kind of attitude. Don’t let the little things weigh down on you too much. Secondly is for parents. We kids can be difficult to say the least. I’m not here to tell you how to parent, and honestly I don’t have any idea how hard it is. I do, however, think that even when we’re mad at you we still love you. There isn’t any relationship that can’t be fixed through time, patience, and love. Lastly is for my fellow kids, try to cut your parents a little bit of slack. They may not always be fair, and I guarantee you won’t always get along (I think that’s sort of a guarantee next to taxes and death). Be open and honest with them. Tell them what you’re thinking and feeling. Remember that they are doing almost everything they do because they love you and want the best for you. It also is worth keeping in mind that they’re human too and make mistakes.With all that being said, Mom and Dad, I want to thank you for everything you have and ever will do for me. I don’t know if there will ever be a way that I can properly thank you guys for putting up with me for twenty one years. I love you guys, and I’ll be forever grateful for having the opportunity of lifetime that you guys gave me.