Parenting A Biological Child and a Child Through Adoption

These are a few of the signs that hang in my daughters’ room. Both speak to where each of our girls come from, and what we believe. 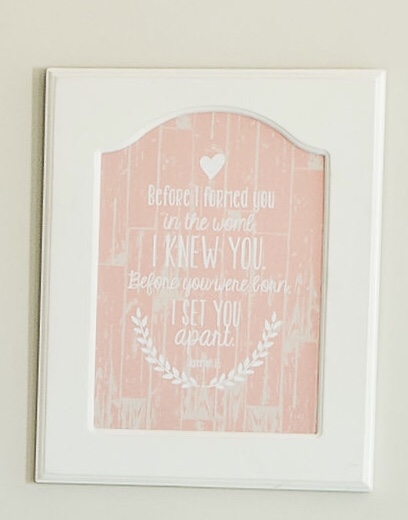 I know that parenting a biological child along with a child through adoption presents different challenges than parenting two children who were adopted, or even two biological children. I am sure it is very different for an adoptee to grow up with siblings who look like their parents or a sibling that shares an adoption connection.

I was recently asked to speak to an Adoption Support Group about the challenges of parenting a biological child and a child through adoption. I’ve been hesitant to commit to this speaking engagement because as of now I don’t feel I fully understand the complications of that personally, given that my girls are only 3.5 and almost 3 years old. But it has definitely gotten be thinking more about our adoption experience already and what awaits.

Right now, we see only glimpses of what is to come. Raelyn often asks where she is in pictures of our family for the first 8 months of Cora’s life. When I respond that she was in my tummy, Cora often pipes up and says that she grew in Daddy’s tummy. Cora has heard the story of her adoption from the day she came home with us at 3 days old, has been told that she grew in her birth mama’s tummy, has read many children’s books on adoption, and we pray for her birth family each and every night. But I can already tell that Cora doesn’t understand and instead wants to think of herself growing in the womb of at least one of her parents just like her sister did, and it’s easier to imagine it in the tummy of the one with darker hair 😬.

Cora’s has noted that she doesn’t look like me like her blond hair, blue eyed sister, almost the spitting image of me at her age. Friends and family always comment on how much Raelyn looks like me or how much she reminds everyone of my sister’s son Ozzy. I often cringe and pray that Cora doesn’t feel hurt by those statements. I know I can’t protect her from everything, but that doesn’t mean I don’t want to try!

Raelyn asks more questions than Cora about the particulars of Cora’s adoption when it is discussed (I’m pretty sure Raelyn asks more questions than any human being on the planet!). One evening when I talked about Cora’s adoption day and how we were chosen by Cora’s birth mother to raise her, Raelyn wisely deducted, “so that means Cora has two mothers?” I paused and then said “Yes, two different kind of mothers who love her very much. One who carried her in her tummy and then one who gets to raise her.” For once, I didn’t hear “why?” in response to something I said, and instead heard more silence than I often do from my two inquisitive little girls. At that moment, I have to admit I was relieved I didn’t have to explain more.

As I said before, I know these are only glimpses of what’s to come. I know that kids are going to tell Cora someday that I’m not her “real mom” I’m hope that Cora will be the leader she already shows she is and boldly stick up for herself and her family and that her spunky, opinionated younger sister steps in as well.

I’d love to hear from other adoptive parents and adoptees about their experiences growing up in a house combined with adoptive and biological children, and about how that impacted their own family’s dynamic. Secondary infertility is on the rise, and more and more often I’m being contacted by families who have at least one biological child, but don’t feel their family is complete. In fact, many of my active Purl Families are parenting one or more biological children. I hope to help educate myself and my families better about this increasing dynamic. Do you have a perspective you’d like to share?